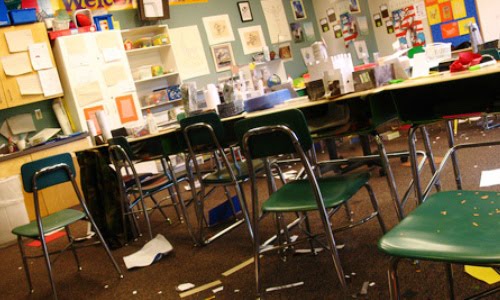 Or when the eye of the hurricane passes and you are in the actual hurricane,

or any other number of metaphors I could muster…..

Tonight was the night I broke.

I stood over my frozen turkey burgers and wept. And whispered names.

The names of approximately 120 students that I am desperate to reach this year.

but Jesus said, “Let the little children come to me and do not hinder them, for to such belongs the kingdom of heaven.” ~Matthew 19:14

Don’t get me wrong…(especially for my other teacher friends), this was not the hardest day so far…. I have not had a honeymoon period that lasted nearly 2 months. I have had hard hard HARD days. I have learned new rules, new IEP programs, curriculum, standards and felt stupid a million times. I  am still learning the personalities of three! different co-teachers, a roommate, and 3 (sometimes 4) different administrators I answer to. All, while attempting to conquer an hour commute there and back and mustering steely resolve to be something that resembles a decent wife and mother.

I have wanted to write. I have plotted the witty, inspirational chronicle of life inthemidstofit, a ton of weighty theology and kept coming up short. Not of a lack of things to say but the lack of time and energy to say it right. I have learned to be quiet: listen to the words of others; read the wisdom offered by my much more graceful friends, (both real and online). A good friend encouraged me to “keep something for [myself]” in my new space. I have been working on following her advice.

Today I called another parent. Not my first. I have made parent contact a goal of mine this year, but today as I called this parent I watched a child’s eyes and face change ….. as they heard someone answer and then heard that person scramble to find an English speaking individual in the home.  And it broke my heart.

I have spent 8 years praying over students. Awaking each day and entering my classroom determined to fight the demons of apathy, discouragement and the lie of “not enough” for both my students and myself. And each year I see a glimmer and that “worth it moment” for at least one kiddo. This year I was confronted by the lie I had bought into– “that a change of space and environment would change Satan’s ability to mess up lives.” Its a lie, a belief that I have to repent for believing. I am in a very new and different school, but now faced with bigger obstacles. They are mine,  because I choose to make them mine in an attempt to empathize and reach my students. I have to push past depression, dyslexia, ADHD, autism, lack of confidence, poverty, apathy, anger, deafness, language and a myriad of other barriers to impart the power of knowledge …. and more importantly the love of Christ.

So, I am fighting to be a “second mile” teacher.

Our preacher Sunday talked about the Roman occupation and how the Jews were obligated to carry a soldier’s supplies for “no further than one mile” as a byproduct of their occupation. Without any commentary on said political or military occupations, this was to point out how REAL LIFE, Jesus’ comment was to “go the second mile” ….. if anyone (ahem, soldier….sworn enemy…. ) should ask (or command) you to go one mile with them. Not gonna lie, this grabbed me and I found myself thinking “really Jesus…now that was a bit much…” I had to admit that I was having a difficulty being a second mile co-worker.

And if anyone forces you to go one mile, go with him two miles. ~Matthew 5:41

Today I was confronted with the reality that I am struggling to be a second-mile teacher.

Will I, like Atticus said, walk around a little in their skin? Will I spend the time I need to documenting and issuing a detentions so that I can be a constant unwavering force for good in their lives? Will I stop. Really stop….. and pray over them when their name fleetingly crosses my mind.  Will I go back over grammar concepts for the 20th time ….with patience? Will I attempt to learn Spanish?

So let us not grow weary in doing what is right, for we will reap at harvest time, if we do not give up. ~ Galatians 6:9

There is a movement right now for educational reform that has taken the country by storm. There are countless others; people whose writing gets noticed and circulated more widely, who are speaking up on behalf of teachers and educators of other forms. But even more so, there are millions (that is my guess) of teachers who are struggling to choose each day if they will go the second mile. Not because of flawed character, but because of fatigue and fear and countless other legitimate reasons to not.

This is my humble request that you pray for them. Pray for courage, inspiration and a spirit of boldness to take over them and their classrooms. Pray that they will be softened and open to the Spirits prompting. Pray that they be overtaken by a sense of humor. Pray that the Holy Spirit would take over their classrooms and hallways whether invited or not. Pray for peace; and that the minutes and hours be stretched, for understanding parents, and supportive administrators. Most of all pray that they be filled with Christ’s love so that it bubbles over to the students.

Pray for the students. Bind strongholds and lift up  the burden of a generation quickly rising a midst turmoil and strife both at home and in the world.

“The effectual fervent prayer of a righteous
man availeth much” (James 5:16).